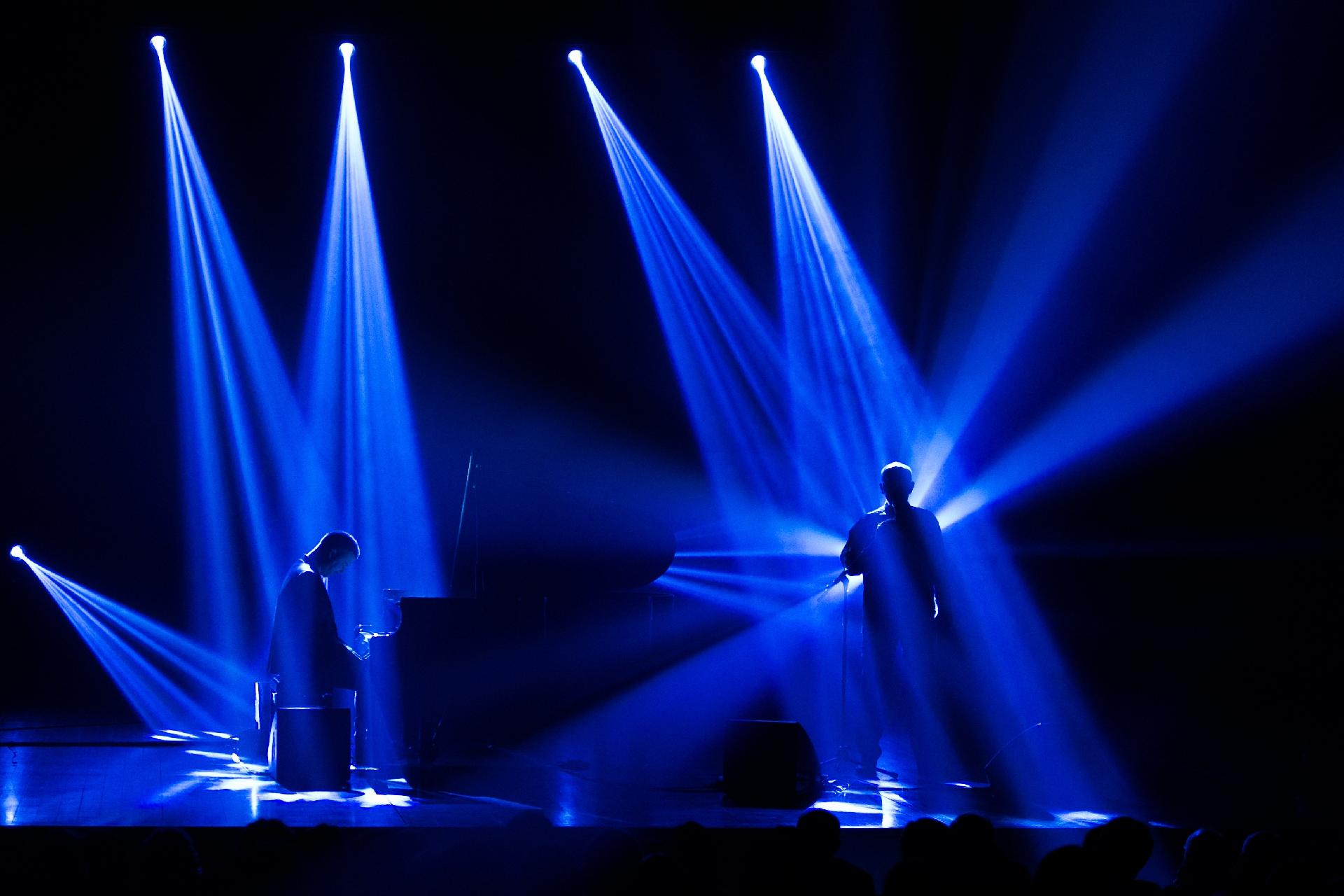 Tracking is much more than a simple “Automated Followspot”.
Tracking gives the designer and the production the chance to know exactly where an actor or a tagged object is on stage at any given moment.
This position data may then be used to create shows that are otherwise impossible to do without tracking. Lighting, Sound, Media Servers, PTZ cameras, Kinetic Systems and so on may all be controlled by the system. Your show will be on an entirely new level…

Our main system is the radio based zactrack system.
Comparatively simple to set up and run, it is both powerful and flexible enough to cope with demanding situations and complex shows.
Small tags are used as positional transmitters, whilst assignment and control of all system parameters is via ARTNet – usually from a standard lighting console.
The maximum amount of objects or people that can be followed at the same time is around 40, depending on the indivual application and setup, whilst the number of controlled devices is basically limitless.

In the past we have successfully used zactrack to control over 300 moving lights in one show.
Accuracy is around +/- 10cm, which is absolutely fine for most applications.
Zactrack can output ARTNet, OSC, MSC, PSN and other protocols and can thus integrate seamlessly with other software to control Lighting, Sound, Media Servers, Cameras, Kinetics and other devices.

Zactrack is 100% suitable for touring and has been used i on international tours by Mumford & Sons, Kylie Minogue, Hugh Jackman and others.
In Germany it has been on tour with Florian Silbereisen, the Kelly Family, the Apassionata Equestrian show and many more.
It has also been very successfull in fixed installations, from Mama Mia! in London to The Lion King at Disney in Paris and Starlight Express in Bochum.

For even more complex and demanding situation we use the Stage Precision System.

Stage Precision is the perfect solution for performer and object tracking workflows in live events and installations.  Simply connect any industry standard tracking system (like our Zactrack System) and link it with lighting desks, real-time-engines or media-servers.
Stage Precision lets you use common interactive technologies like sensors, encoders, depth cameras, multi touch drivers or LiDAR scanners – without the need to use any code language.
Additionally, Stage Precision lets you interact with kinetic systems, realize performer-tracking, build powerful logics workflows for show control scenarios and visualize all system components in an intuitive 3D viewport.