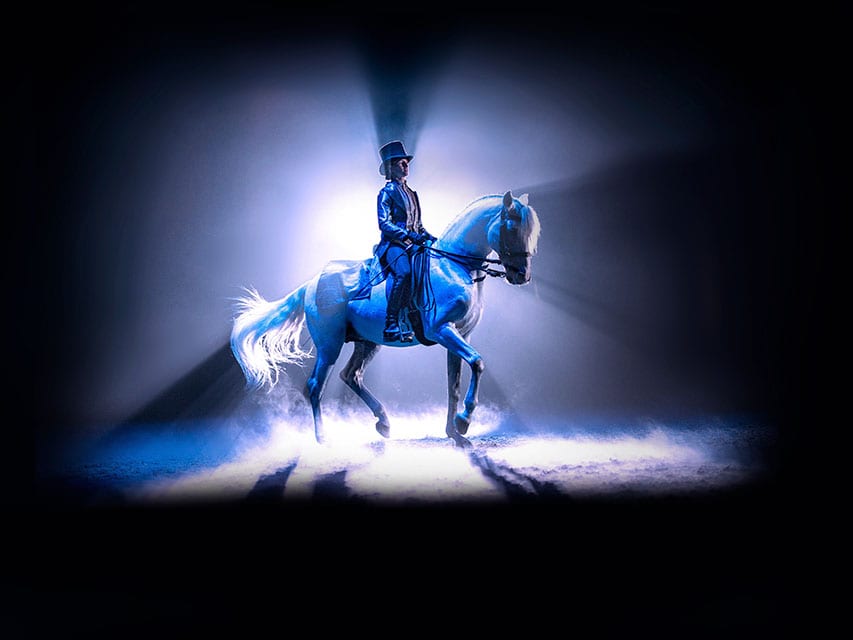 Apassionata (or later called Cavalluna) is a high-profile equestrian show designed with lots of love for the horses. The hight standard of production and an eye for detail combined with smart technology
has made the show spectacular and sucessful. In total, 3 tours have been staged since 2017, always playing the biggest arenas.

Up to 16 horses and artists have to be tracked simultaneously. Conventional follow spots would not be able to properly illuminate this scenario , so lighting designer Rüdiger Benz early on opted for a tracking system.
It also makes sure that every evening the show lighting performs flawlessly, something that is extremly important for the horses.

Florian Behmenburg was responsible for the design of the substantial zactrack System as well as the system implementation and training at the start of the tour.
During the tour, tour-personnel supervises the setup

The 3 tours have so far played almost 400 Shows across Europe. 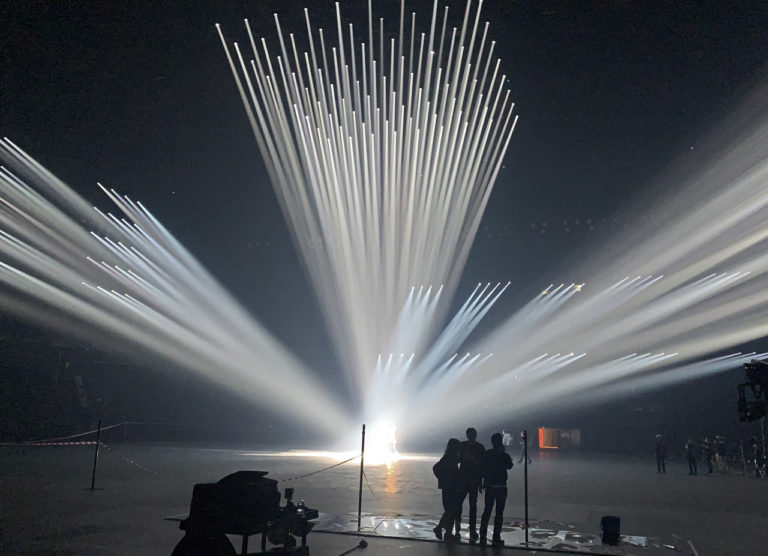 In march 2021 we were asked to take part in a fashion show in Paris which involved tracking of up to 25 models by a large amount of moving lights. Unfortunately, due to legal reasons we are not allowed to show the final video or disclose… 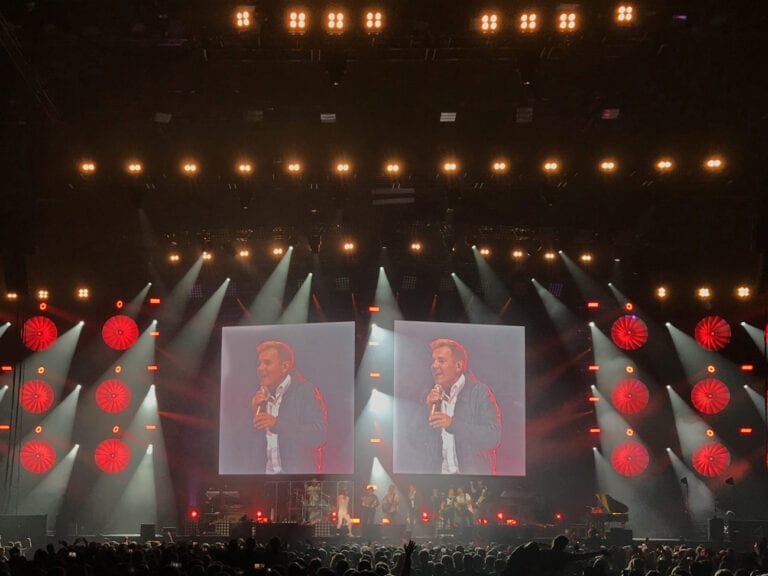 For the 2019 arena Tour of Dieter Bohlen, a well know signer and entertainer on the German music scene, Designer Jens Probst used tracking to make sure the performer was always well lit. This was acheived by a custom built remote system uitlizing a dome cam… 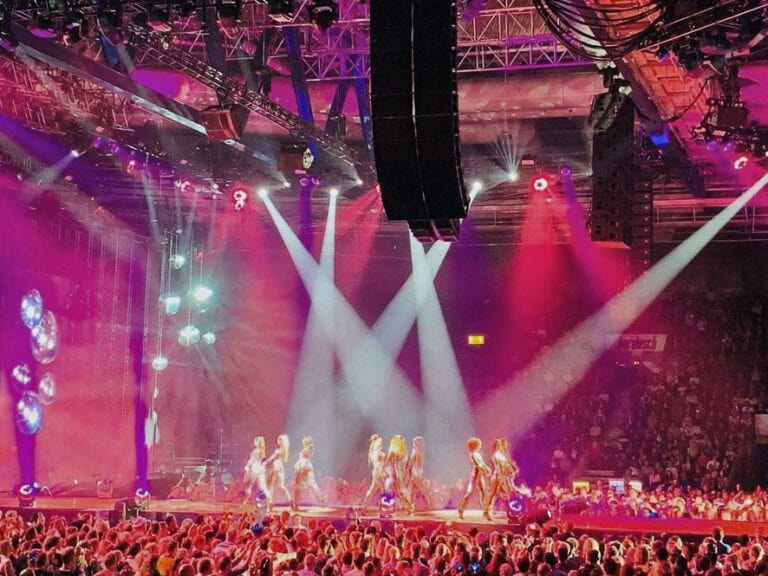 For the 2020 Tour of German Pop Idol Florian Silbereisen “Das Schlagerfest XXL” Designer Jens Probst specified an extensive Zactrack System ein. The challenge was the stage design that apart of the main stage included a 20m catwalk and a B-stage. On top, all of the… 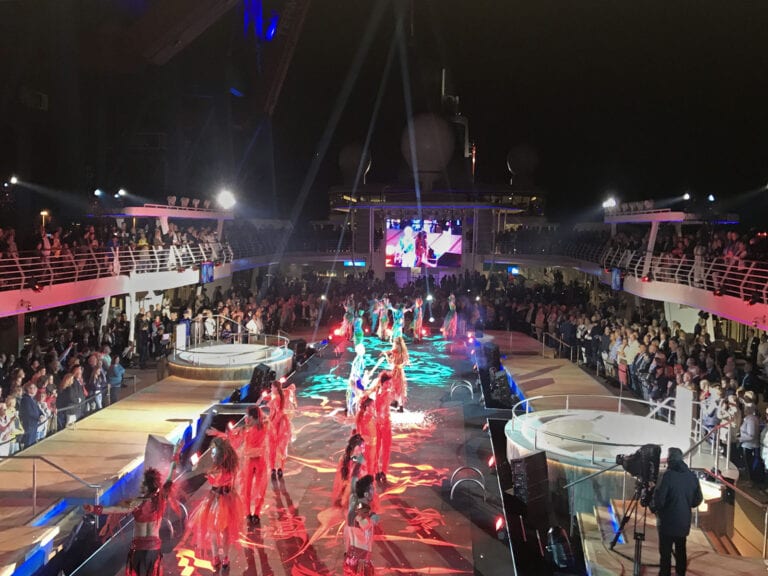 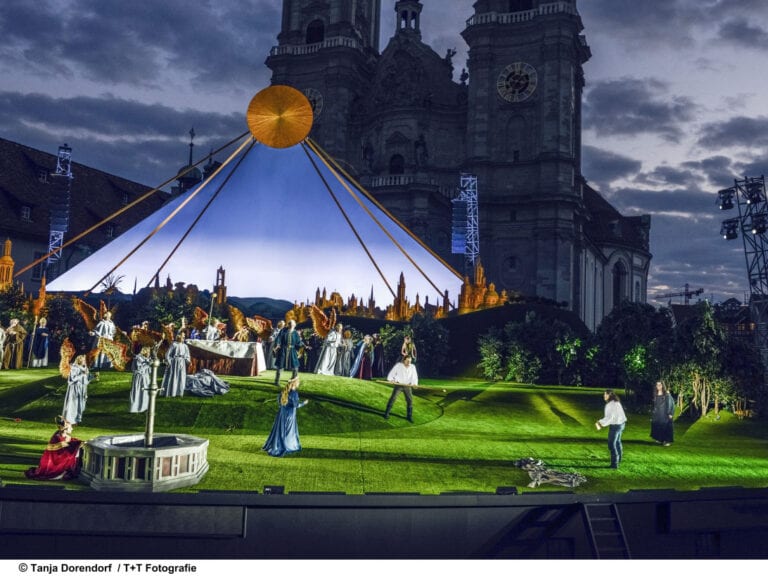 For the Open Air St. Gallen Festival performances of both Puccini’s opera “Edgar” 2018 and Verdi’s “Il Trovatore” 2019 , the local audio team relied on tracking to acoustically locate the actors on stage and deliver a fully immersive sound experience. After various tests the production…